A City Girl In Suburbia 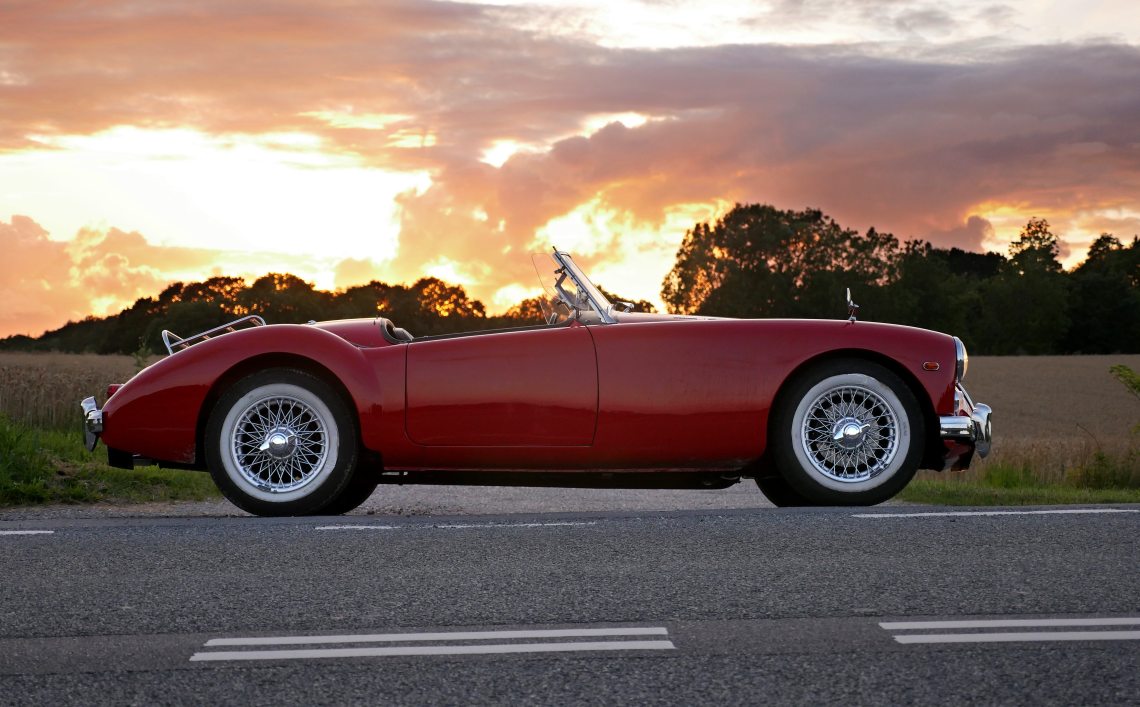 I learned to drive the summer I turned eighteen so that I would have a form of identification. Since I lived in New York City, I had no particular desire or reason to drive: public transportation was pretty good, walking was enjoyable and practical, traffic in the city was terrible, New York drivers tend to be aggressive and rude, and the parking was horrific. Also, my parents had only one, enormous, gas-sucking car, which they used mostly to get out of the city. From my perspective and experience, there was nothing pleasant or alluring about learning to drive. It was simply a potentially useful skill that might come in handy some day, should I leave New York.

Although I lived in exile from New York City on and off, and then permanently, for many years after I graduated from high school, I had little opportunity or yearning to drive and did not own a car until I turned thirty-three. At the time, I was living in the Boston area and needed a car to get to work for a job that was not within reach of any of Boston’s generally reliable and extensive public transportation. So I reluctantly and unenthusiastically leased a Honda Civic, which did not seem like a very strong commitment, but presumably would get me where I needed to go.

Boston was also no place to learn to love driving. Much of the city and across-the-river-Cambridge, were designed for horses and pedestrians, not automobiles. Boston drivers made New York drivers seem patient and courteous by comparison. Parking too was scarce and restricted. And then there was snow. Without access to a garage, I spent three winters scraping ice off of my windshield and digging my car out of deep, tightly-packed snow banks. Some of my neighbors would place old lawn chairs in the spots that they had labored over for hours, so that when they returned home, the cleaned space remained theirs. But some of these same proprietary neighbors also had no qualms about stealing other unclaimed but shoveled spaces, like mine. There is little etiquette or civility when it comes to driving and parking, especially in a city.

My own father, a kindly clergyman, metamorphosed from Dr. Jekyll to Mr. Hyde when he was behind the wheel. When stuck in traffic, which was not an infrequent occurrence in New York City, this generally proper, courteous man, cursed and raged about the masses of other cars, the infractions of other drivers, the state of the roads, and general injustices of life. Even under moderate traffic conditions, my father exhibited road rage. It was as if simply driving anywhere but on an open road in perfect conditions let loose his inner demons. On more than one occasion while driving on a highway, he pulled over into the emergency lane while my brothers and I were bickering or poking each other in the back seat, making him apoplectic. He remained stationary until all was silence. My more even-keeled mother rarely drove on family excursions. Clearly, my role models for and early experiences of driving were not pellets of positive reinforcement.

Until I really needed a car, I managed quite well without one. Throughout college and graduate school, I used public transportation or relied on the kindness of my friends for rides. I learned to conduct grocery shopping by weight—no bottles or canned goods. I probably walked miles a day, which established healthy habits and appealed to my inner flaneuse.

Having a poor sense of direction also contributes to my fear of driving. My badly-calibrated innate compass was not helped by growing up in Manhattan, which is largely a grid marked by signs indicating street names and numbers and even directions. When on foot, I move at a slow pace relative to a moving car, and so can always and easily retrace my steps when I get lost or pause and ask for directions, look at a map, or reevaluate my whereabouts. For example, I can easily read street signs that indicate I am on East 84thStreet near Madison Avenue. I know that Madison is one block east of Fifth Avenue and that eighty-four is north of eighty-three and south of eighty-five. Easy!

But while driving, and thus moving at a higher speed, I panic when I make a navigational error because I cannot simply stop and turn around or consider where I am. The GPS is of no help either. I am unable to safely pay attention to the road while looking at a map, and I become completely unhinged when a disembodied voice barks confusing directions at me. Ordering me to turn right in two hundred feet is meaningless because I have no sense of what two-hundred feet looks like, especially while moving at a rate of at least twenty-five mile per hour; instead, it would be far more helpful to instruct me to turn right on Broadway after the second traffic light. Give me names of streets, exit numbers, and landmarks, not distances that I cannot measure or fathom. When I am walking I feel like I am in control of my destiny; driving seems like chaos, as if I am at the mercy of others.

After living on the East Coast all of my life, in pedestrian-friendly cities with elaborate networks of public transportation, I moved to California, the land of car lovers, freeways, and middling to poor urban transport, fair taxi service, and prior to the birth of Uber and Lyft. I also moved to a suburb, so I had no choice but to own a car and drive. For the most part, the driving conditions in the suburban Bay Area were relatively good, but the freeways were jam-packed with the same type-A drivers I was used to from the East Coast, and driving in San Francisco was as bad as driving in New York or Boston with the addition of steep hills, though minus snow. Also, since most of my previous driving experience was in cities, I was highly-skilled solely at parallel parking and giving people the finger, but barely knew what to do when entering, exiting, or accelerating, and changing lanes on a freeway.

Nonetheless, I persevered. While I am still the last person to volunteer to drive anywhere for any occasion, I have commuted regularly to work, to run errands, and since having a child, to school and other activities. I have become my daughter’s personal chauffer, perhaps the profession for which I am least qualified and that I never imagined conducting.

Since she entered preschool, I have had the displeasure of driving my child to and from school most days of the week, in addition to chauffering her after school and on weekends to such activities as swimming, ballet, skating, music, art, and a wide variety of summer camps. Although driving in my neighborhood is far less aggravating than driving in New York City or Boston, it is still maddening and triggers my road rage. In addition to the rude, rule-breaking drivers found in many locations, and the ever-increasing Silicon Valley congestion, I am forced to dodge countless bikers on many a bike-laneless street and avoid running in to numerous children in the many school zones in the area. So far, I have never harmed anyone or been in an accident, which still does not prevent me from gripping the wheel or gritting my teeth, hoping to maintain my clean record.

Not only is the practice of driving or being driven to school alien to me, but the entire protocol of school drop-off, parking, and pick up continues to surprise me. Since I was in elementary school, my brothers and I took the cross-town bus to school without the accompaniment of a parent. When we were younger, my mother walked us to the bus stop four blocks from our apartment and waited until we had boarded the bus. We flashed our bus passes at the driver, found seats, and easily and happily survived the short ride through the park to the East Side. We then got off around the corner from our school, and walked through the front doors of the institution all by ourselves. We then returned from school in much the same manner. When we were a bit older, we even managed to transport ourselves by another bus or subway to afterschool activities.

The closest I had ever come to observing the rituals of commuting to school in the suburbs, was when watching a movie. In suburban California, parents circle through school parking lots, dropping their kids off, or for younger children, parking and walking the child in to the school. Administrators and teachers do double duty as traffic cops. After years of observing this strange custom, I am still shocked when I see the principle of my daughter’s school directing traffic, each day, in the hope of preventing chaos, accidents, and infuriating the neighbors. Many a well-mannered, high-powered parent behaves less-than-civilly when in a rush to drop a child off and then get to work on time or pick a child up and get her to an after-school appointment. My parked car has been the subject of more than one hit-and-run in a school parking lot.

During a class I was taking on mindfulness and stress reduction, the teacher suggested a mindfulness-inspired method of reducing road rage or tension while driving. She instructed us to hum or buzz like bees when feeling overwhelmed by traffic and commuting. Apparently, this helps calm and center a person. It unfortunately, also causes light-headedness, which is problematic for a driver. Counting and breathing were not of much help to me either. Although I remain an easily-stressed driver, I have figured out, through trial and error, that music, rather than the news, calms, or at least does not awaken, the savage beast in me.

Maybe my early negative driving experiences as well as my insufficient time on the road have scarred me for life. Perhaps the mores of my urban childhood are too ingrained in me to adapt to suburban living. Despite having lived in California for many years, I still dislike driving. I suppose I have adapted but certainly not embraced driving and doubt that I ever will.  Given the choice, I’d walk any time.